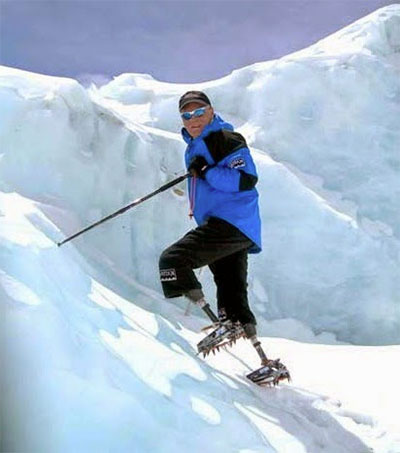 Mark Inglis Looks Back at the Top of the World

In Hyderabad, India to give a talk to the students of Woxsen School of Business, the first double amputee to climb Mt Everest, New Zealander Mark Inglis said the best decision he ever made… 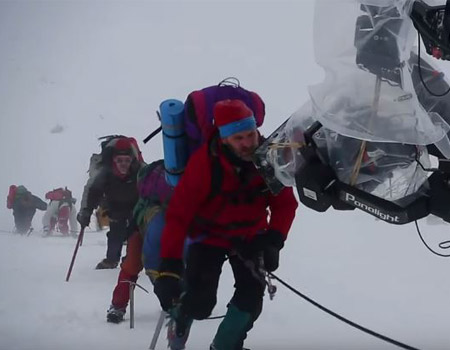 Director Baltasar Kormákur is set to take audiences to the heights of fear with his new true life disaster movie Everest, which chronicles the failed 1996 Mt Everest expedition… 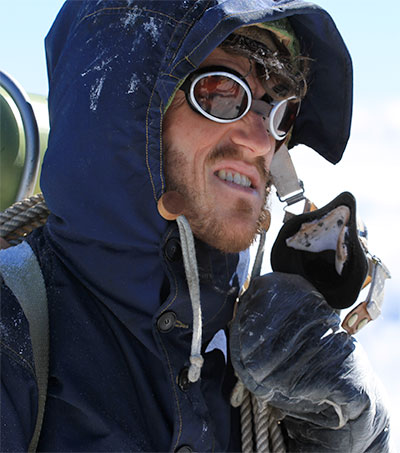 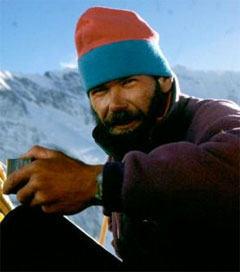 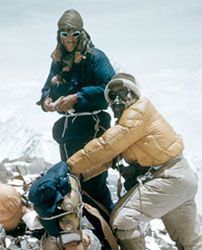 Jan Arnold, the widow of legendary mountain guide Rob Hall, who was one of eight people to lose their lives on Mt Everest during a severe storm in 1996, has asked that his body…

In Praise of Hard Work

Radio New Zealand has received a Gold Medal at the recent New York Festival Radio Awards for its documentary on the life of Mount Everest conqueror, Sir Edmund Hillary. The medal went to ‘It’s…

Two teams consisting of 30 New Zealanders, Australians and Britons will play a Twenty20 cricket match at the foot of Mount Everest in Gorak Shep, which is at an altitude of 5165 metres on April 21…

Sir Edmund Hillary is one of 45 individuals remembered in Time magazine’s 2008 ‘Fond Farewell’ tributes. “On May 29, 1953, Hillary, with the help of his Sherpa guide, became the first person to reach…

The anniversary of Sir Edmund Hillary and Sherpa Tenzing Norgay’s ascent of Mount Everest in 1955 has been honoured by search engine giant Google. Google periodically changes its logo to celebrate special events and… 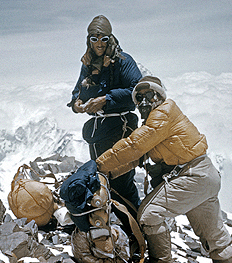 Sir Edmund Hillary – adventurer, philanthropist and global icon – has died aged 88. The lanky beekeeper from Tuakau found international fame in 1953 as the first person to scale Mt Everest, together with…

NZ innovation could conquer Everest for a second time thanks to the invention of an unmanned helicopter capable of rescuing stricken climbers from its summit. Auckland-based company TGR Helicorp has spent six years developing the Alpine Wasp,…

NZ outdoor label, Fairydown, is to be re-named ‘Zone,’ after market research revealed Australian men to be uncomfortable with the original tag’s effeminate connotations. Sir Edmund Hillary, who used a Fairydown sleeping bag on his 1953 ascent…

Sir Edmund Hillary received a hero’s welcome in London at an hour-long signing of his books High Adventure and View from the Summit. Dozens of admirers queued in the rain for a chance to… 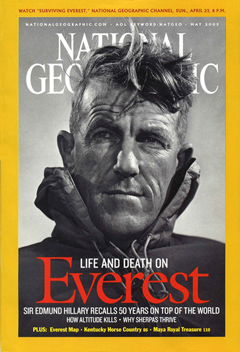 Sir Edmund Hillary is celebrating the 50th anniversary of his Everest climb with a round of fundraising for The Himalaya Trust. “When I look back over my life, I have little doubt that the most worthwhile…

The (Edge) Spirit of a Sailor

USA Today ponders Kiwi dominance of the America’s Cup. “No matter that the boats will fly the flags of Switzerland and the United States. The men at the helm are Kiwis, New Zealanders, “mates.” Kiwis are…

The latest US advertising campaign for the Toyota 4Runner sport utility centres on scaling the rugged heights of Mt Everest. The Saatchi & Saatchi production uses NZ icon Sir Ed Hillary in its bid…

It’s 48 years since Sir Edmund and Tenzing put themselves on the roof of the world. 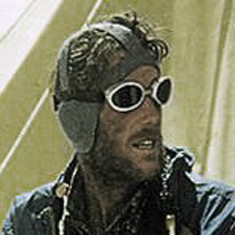