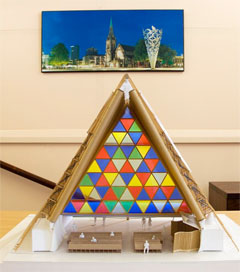 Christchurch’s new cathedral, which will be made of cardboard and will house 700 people, is due for completion in April next year. The city’s magnificent Gothic revival cathedral hewn from local basalt was irreparably… 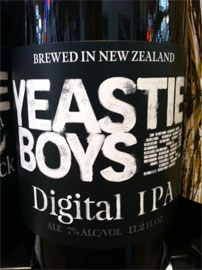 When you purchase a bottle of New Zealand’s Yeastie Boys Digital IPA you can scan in a code from the bottle onto your smartphone, and it will immediately send you to a website where…

NY Daily News profiles Kiwi Gareth Hughes, the brains behind NYC’s Down Under Bakery. “In Australia and NZ, meat pies are as central to the culture as pizza in New York,” says Hughes. Popular…

Sam Neill confesses to feeling something for his Jurassic co-stars: “There was one little female velociraptor who had a cute haircut, but it was never anything more than holding hands… holding claws.”