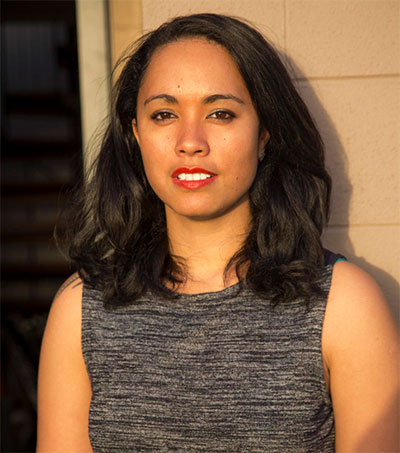 Poets Courtney Sina Meredith and Hera Lindsay Bird, as well as writer Sarah Laing, make up a contingent of local talent taking New Zealand to the Edinburgh International Book Festival on from 12-27 August.

“After a successful visit in 2014, the New Zealand at Edinburgh 2017 season will showcase New Zealand arts on the world stage with participation across the various Edinburgh Festivals; WORD Christchurch has been working with the book festival on this exciting project,” Rosemary Kaye writes for the Edinburgh Reporter.

“A New Zealander of Samoan, Mangaian and Irish descent, human rights activist Meredith is the author of an award-winning play Rushing Dolls, a poetry collection Brown Girls in Bright Red Lipstick and a short story collection Tail of the Taniwha. She’s also (in her spare time!) a musician,” Kaye writes.

“Meredith describes her writing as ‘an ongoing discussion of contemporary urban life with an underlying Pacific politique.’ NBR called her ‘a mixture of performance poet and romantic – a singing Ginsberg and a howling Shelley’, while Maori poet Robert Sullivan said ‘she brings together an edgy singer’s strength, wry insights, sensual material, beautiful shards, blood and breath, monsoons and glistening water.’

“Meredith will appear twice at this year’s festival; on 19 August alongside Gabriela Cabezon Camara (Argentina) and Thordis Elva (Iceland) in 21st Century Women, a session curated by Jackie Kay in the EIBF Studio Theatre, and with MacGillivray (writer and artist Kirsten Norrie) on 20 August in Reshuffling the Pack at the Writers’ Retreat.”