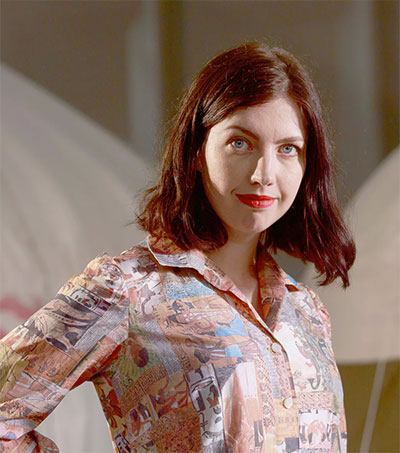 Acclaimed by the poet laureate, Carol Ann Duffy, as “the most arresting and original new young poet”, New Zealander Hera Lindsay Bird, 31, is one of the stars of the new generation of “Instapoets” – so called because of their use of social media – with hits including Keats Is Dead So Fuck Me from Behind and Monica, which riffs on the character from the sitcom Friends. She works at Wellington’s Unity Books. Hera Lindsay Bird is her first collection. She toured the UK in May.

Asked why she called her debut collection Hera Lindsay Bird, she told the Guardian:

“That’s my name! I was thinking about the great female pop stars of the 90s, when it was compulsory to name your first solo album after yourself, and if you were Janet Jackson, the second one too. But a lot of the first collections of poetry I owned were collected works and therefore all my Frank O’Hara and Emily Dickinson books were called ‘Frank O’Hara’ or ‘Emily Dickinson’. I also thought that naming it after myself gave people permission to read it as a collection of personal poetry. I know it’s not fashionable to care about whether things in literature are true, but I can’t help it. I just want someone to tell me how to live.”

“Why do you think such an ancient form is finding a new popularity through social media? And why do you think female poets in particular are finding such an enthusiastic audience?” the publication asks Bird.

“I think the fact that poetry is so easy to make and disseminate and share probably has a lot to do with it – the overheads are low. I work in a bookshop and most of the poetry books I sell are to women in their teens and 20s. I find it deeply cool and encouraging. That’s why the backlash against ‘Instagram’ poetry is so outlandish to me. The people raging about it are never the intended audience, so it just seems like sour raisins, which is like sour grapes left out in the sun too long. I love both Chekhov and The Babysitters Club and refuse to give either up. Every time someone complains about Instagram poetry being bad, I like to remind them that TS Eliot was basically responsible for the musical Cats. Besides, there’s only so much love poetry I can take from all those great men who sent their wives to asylums.”