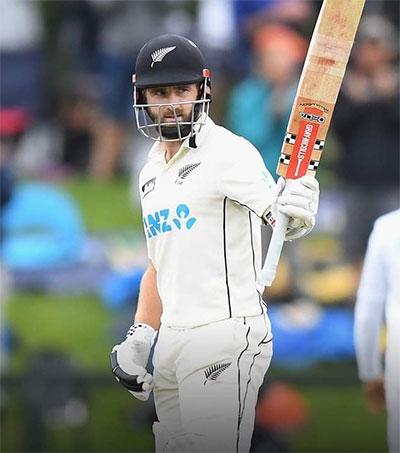 “After beating Pakistan by an innings and 176 runs in the second Test of a series they swept 2-0, New Zealand (a country with the total population around half that of London, and a quarter that of Mumbai) are now the top-ranked Test team in the world,” The Guardian’s Andy Bull writes. “They have made it to the top a week after their captain, Kane Williamson, 30, became the world’s No 1 Test batsman.”

“In the past five weeks, he has scored 251 in his only Test against West Indies, 129 in the first Test against Pakistan, and 238 in the second. In between all this, he also became a father for the first time, and managed to fit in a spell of paternity leave,” Bull writes.

“[Williamson] is blessed with a battery of fine fast bowlers – Tim Southee and Trent Boult, with almost 600 Test wickets between them, the irrepressible Neil Wagner and now Kyle Jamieson, 6ft 8in tall and on a tear that’s seen him pick up 36 wickets at 13 runs each in his first six Test matches. There is enough batting there to get by, too, between Tom Latham, Ross Taylor, Henry Nicholls and BJ Watling. Between them they have won their past six Tests in a row and, more impressively, only lost one series in the past four years, away against Australia in 2019-20.

“It’s not just what they’ve done, though,” according to Bull, “but the way they’ve done it: modest, hard-working, undemonstrative, and that’s down to Williamson’s influence.”