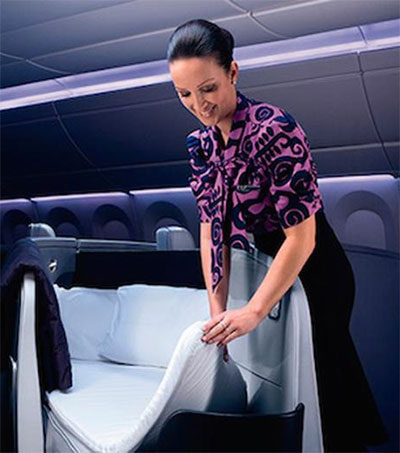 Aviation safety and product rating site AirlineRatings.com has just come out with its highly anticipated annual list of the best airlines for 2018, and the winner for the fifth year in a row is our national carrier Air New Zealand.

According to Forbes, these aren’t exactly your fly-by-night top 10 ratings, though. The agency considers over a dozen key factors including fleet age, passenger review ratings, profitability, investment rating and key product offerings such as premium economy on long-haul routes, and seating options in other classes, not to mention operational safety.

Explaining the choices, which saw Qantas and Singapore Airlines take second and third places respectively, Perth-based AirlineRatings.com said, “Air New Zealand is being honoured for the fifth consecutive year for its continued record-breaking financial performance, in-flight innovations, environmental leadership, young fleet and motivation of its staff. These factors have stamped the airline as an industry trendsetter.”

Interestingly enough, not a single carrier from the Americas made the list, and only one European airline, Virgin Atlantic did. What’s more, Air New Zealand does not have a first class, only economy, premium economy and business, which makes its winning streak something of an upset.

The list, which is weighted heavily toward the Asia-Pacific region, signals a shift in aviation toward that part of the world; a trend that is likely to continue given the projected growth of this market in the coming decades. Airlines that made the cut on last year’s list but do not appear on this one include British Airways, Lufthansa and Taiwan-based carrier EVA.