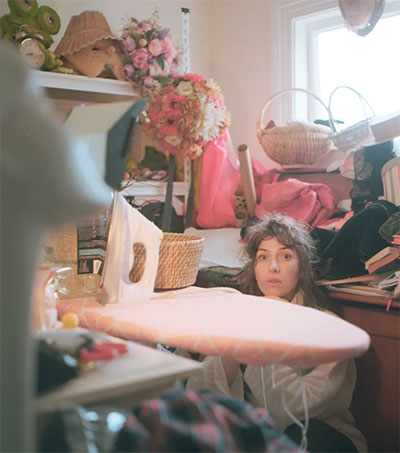 Will the Real Aldous Harding Please Stand Up?

The album is an ensemble of spry art-pop, spare piano numbers, and Baroque oddities. A song might hint at an origin point or influence, but Harding is not all that interested in listing them out. It’s enough of a chore, she says, to corral all of her “people” – that is, the creative forces vying for control in her brain. She is exhausted by the idea of whittling this troupe down to one fixed identity.

Your music and videos can often be humorous in an offbeat way. What do you find funny? Bloom asks.

“I like people falling over. Or people trying to deliver good news in a humble way,” Harding says. “I really like people who don’t normally exercise, post-workout. I like listening to love songs and looking at animals – that really gets me. More than anything, I like watching people try to hide their true feelings.”

Warm Chris will be released on 25 March.