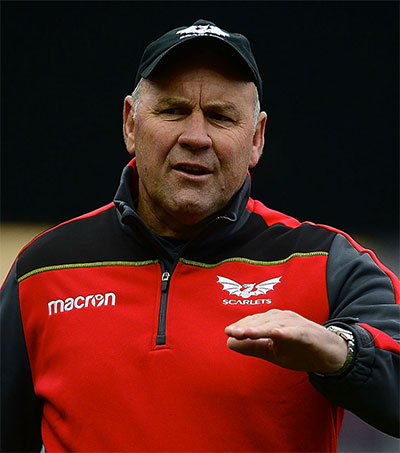 Why Wayne Pivac Is Most Sought-After Coach in Rugby

Under New Zealand-born coach Wayne Pivac, there is a resurgence in Llanelli rugby. The Scarlets have been flying, according to Sunday Times rugby correspondent Stephen Jones.

Recently, Stradey Park was packed to the rafters and in wonderful voice as they beat La Rochelle in the quarter-finals of the Champions Cup.

With this revival, and with the sheer style with which the Scarlets are playing, Pivac has become a contender for something bigger. He is on a three-man shortlist drawn up by the Welsh Rugby Union to succeed his fellow New Zealander, Warren Gatland, as national coach.

Pivac, vastly impressive, with an encyclopaedic knowledge, authority, and the traditional beady focus and street wisdom, must be a live contender. He has a confidence and an assurance that has revived a struggling club and the tightest coaching panel around with Stephen Jones, the attack coach, and Byron Hayward, defence, both doing wonderful things.

Pivac coached successfully through most levels in New Zealand, including a stint with Auckland. He had three years as national coach of Fiji and is in his fourth season with Scarlets.

“In Fiji, if we lost a Test match or if we won we’d get the same reaction – everyone was just so happy. New Zealand is in the middle somewhere where they hate defeat but you might get an extra week’s grace. In Wales, it’s pretty tough,” Pivac says. “When I went to see an England-Wales game sitting in the crowd at Cardiff we were 16-8 up and the crowd were getting stuck into the England supporters, the English were rubbish, Wales were brilliant. Then England went in front and the same people were getting stuck into Wales.”

Pivac has powerful claims for Wales. He is now used to life when one game can condemn you, at least temporarily. Welsh club rugby has been off the map for ages, and whatever the result against Leinster in the Champions Cup semi-final in Dublin next weekend, Pivac’s men are good enough to suggest they are back for the long term.