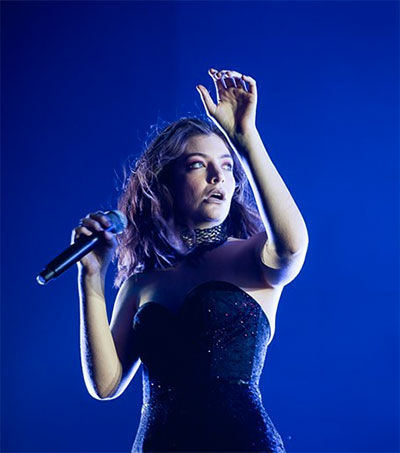 Why Lorde Is a Great Dancer

Lorde’s unpolished dancing has drawn a mixture of criticism and backhanded praise from the public and press throughout her career. Perhaps it’s more accurate – and less patronising – to view the way she uses her body as a very deliberate choice, according to Aimee Cliff in a feature for New York music magazine, The Fader.

Sara Houston is a British dance academic at the University of Roehampton and chair of the community dance foundation People Dancing. In an email to the Fader, she explained why she finds Lorde’s stage presence more impactful than the average pop performance. Lorde’s dancing, she wrote, “comes across as uncontrived, unchoreographed, as if she was the girl at a club really into the music. The slightly wild movement, the way she bends her body over so we can’t really see her, lends a sense of freedom. She’s certainly sexy, but in a way that says, ‘I don’t care what you think because you have to take me as I am.’ It’s tremendously powerful.”

This uninhibited style perfectly suits the character that Lorde is developing around her new album, Melodrama, due out on 16 June.

British dancer Alexandrina Hemsley – one half of the provocative performance duo Project O – also drew a comparison with Madonna’s “Ray of Light,” and Ciara’s freeform, fun dancing on top of a car in her video for “Oh.”

To Hemsley, Lorde’s every movement, big or small, communicates a sudden impulse. “I read that her movements are very sensation-based, rather than the result of laboring over an external form to copy (from a choreographer),” she said.

“Sometimes it seems as though the sensations are fleeting, and other times, she rides them until they reach their end. Her movements openly display more idiosyncrasy than is usually afforded a major pop star. Often there’s a predictable quality to mainstream choreography – you kind of know where the weight shifts are going to happen.”

Lorde performs at the Govenor’s Ball on 2 June, ahead of dates at Glastonbury Festival later that month.