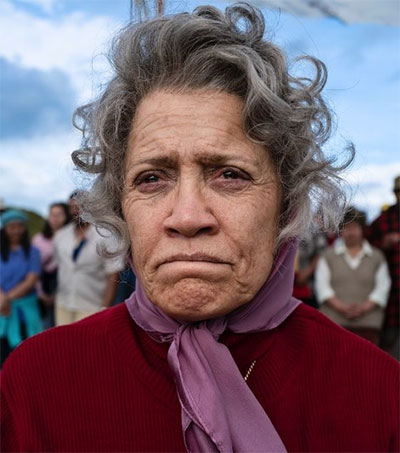 None of veteran New Zealand actor Rena Owen’s tough previous roles prepared her for the demands – both physical and emotional – of playing Māori matriarch and political activist Whina Cooper, in the new period biopic, Whina, Scott Roxborough writes for The Hollywood Reporter.

The film casts the 50-something Owen as a nearly-80-year-old Whina who, after a lifetime of activism and defying racism and sexism in her fight for justice and indigenous rights, decides to lead the first Māori Land March, walking more than 1000km from one end of New Zealand to the other, Roxborough writes. The march marked a new era of protest and reform in New Zealand, and Cooper became nationally revered as the “Mother of the Nation”.

“[Cooper] was a heavy, demanding character, and playing her came with an enormous amount of responsibility because she was and is a very beloved and revered New Zealander,” Owen explains. “So I had this enormous pressure to do the role as much justice as possible. I mean: I had family members in the front row of the march.”