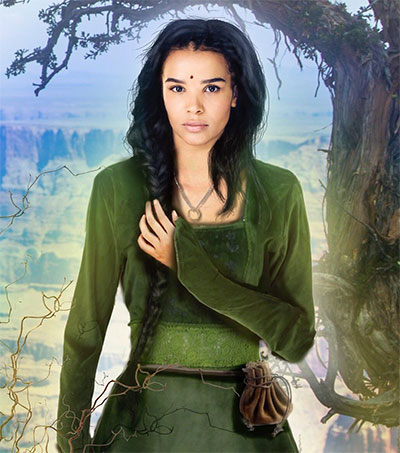 Amazon Prime’s epic adaptation of The Wheel Of Time is based in an alternate world where magic exists, but only certain women are permitted to use it. One of those women, Nynaeve, is played by New Zealander, Zöe Robins. Online magazine Bustle profiles the 27-year-old Wellington-born actor and model.

Her latest portrayal can be enjoyed in the small-screen adaptation of The Wheel Of Time in which she plays the character of Nynaeve, who is described on the show’s Twitter account as “a woman who refused to believe that she could not help, could not heal those who had been harmed.”