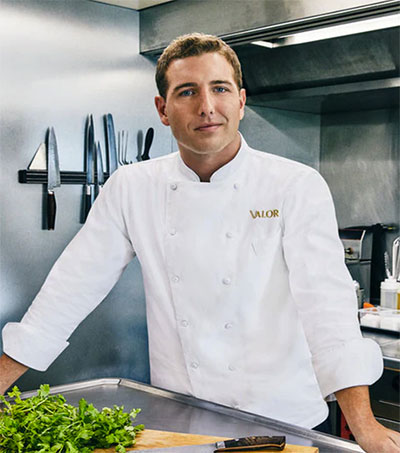 Below Deck with Chef Kevin Dobson

The seventh season of American reality television series Below Deck is underway, and with it, a new cast to stir up drama at sea including New Zealand chef, Kevin Dobson.

According to Bustle reporter Lia Beck, who cites the Below Deck web page, Dobson is from near Lake Tekapo and started attending culinary school when he was only 14 years old.

The career was a great fit, he “moved up the ranks of the culinary world”, and ended up working in both the US and Australia, Beck writes. After he welcomed a daughter, he took up cooking on yachts in order to provide for her. He’s worked on yachts in the Caribbean, Mediterranean, and around the Pacific Islands. Now, this season of Below Deck is taking him to Thailand.

Whether he’s hanging with his loved ones back home, working, or filming Below Deck, it seems like Melbourne-based Dobson has a great time. On the 31-year-old chef’s Instagram, he just seems like a drama free dude, who is passionate about food, loves travelling, and is a big rugby fan, Beck writes.

Dobson posted a lot about the series leading up to the 7 October premiere. In his official announcement, he wrote, “It’s outta the bag! Went and done something yacht like. Keep pushing always. Watch me blow my lid in the just released trailer.”