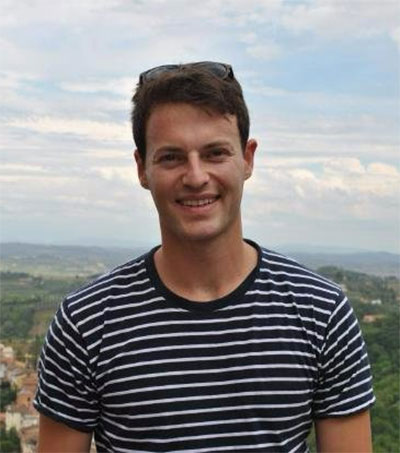 New Zealander Alex Kendall, 27, who went to the University of Cambridge to pursue a PhD in Computer Vision and Robotics, and today serves as the CTO (and co-founder) of London-based Wayve, an AI and mobile robotics company with $25 million raised, has made this year’s Forbes 30 Under 30 list for technology.

“Despite Brexit leaving lawmakers scratching their heads over Europe’s future immigration, business, and free trade regulations, Forbes Under 30 Technology list is proof that innovative ideas are thriving throughout the continent. This year’s technology class is the most geographically diverse ever, featuring honorees from a record-breaking 19 countries,” Forbes contributor Igor Bosilkovski writes.

In a 2019 story, The Washington Post reported on the “upstart British” company.

“[Wayve has] released a video of their self-driving technology operating a vehicle through the narrow streets of Cambridge, England. The video shows a backup driver – who is able to take control of the vehicle at any time – with their hands lightly touching the steering wheel. The company claims the vehicle is autonomously navigating ‘complex, narrow urban European streets’ it has never encountered before using a model based on only 20 hours of training data,” Peter Holley wrote for The Post.

“Using machine learning – a system in which algorithms are not hand-coded, but trained over time – the company claims its vehicles learn the same way human drivers do: through experience, mistakes, feedback and imitation. In effect, the company says, the car isn’t so much being taught how to drive, but being instructed how not to drive,” Holley wrote.

“‘Every time a safety driver intervenes or takes over control of the vehicle, we learn from that experience and that feedback,” Kendall says in the video. ‘And with each piece of data we’re able to train our system to get better and better and better.’”