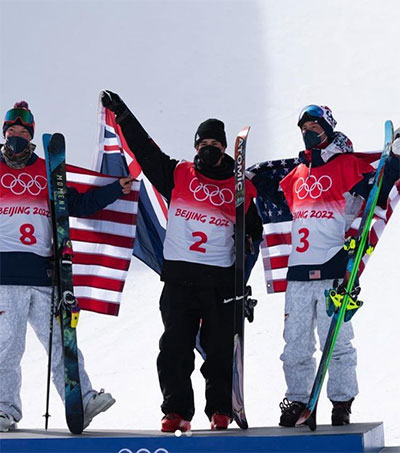 Nico Porteous has dropped the curtain on New Zealand’s greatest Winter Games, overcoming the elements and a field of established champions to win the Olympic freeski halfpipe title, Bryan Armen Graham writes for The Guardian.

The 20-year-old from Wānaka soared and spun to New Zealand’s second gold medal at a Winter Olympics, two weeks to the day after Zoi Sadowski-Synnott’s history-making first, Graham writes.

Remarkably, only 12 of the 91 nations competing here have managed to win more golds than two New Zealand athletes from a tiny lakeside hamlet. “We both come from a town of ten thousand people and skiing and snowboarding is our passion,” Porteous said.

“We just absolutely love it. When Zoi won her gold in slopestyle it was such a motivational moment for myself. I really, really, really wanted it, and that just made me put my head down and really work hard.”