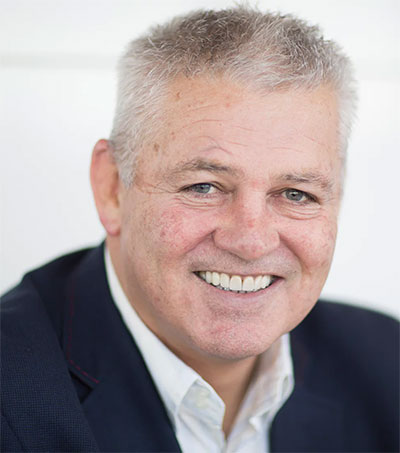 Taking the Lions to New Zealand should have been Warren Gatland’s proudest moment but now back with Wales the coach believes the welfare of rugby’s elite players is a more pressing concern.

“I’ve been on the sidelines of some big games and even I’m scared watching the collisions,” Gatland, 54, says after an hour in his company makes it clear he has moved beyond the hurt of coaching the Lions in New Zealand. A far warmer man in person than in his press conferences, Gatland’s concern about the health of rugby’s elite players now overrides his consuming battles as the Lions’ head coach.

“We’ve not seen the impact rugby will have on these young men,” Gatland says when describing the dangers – amid talk that future seasons might be extended. “What’s going to happen in the next 10 or 20 years in terms of them needing new knees, new hips, back and neck injuries? And no-one’s sure of the real consequences of concussion. So the length of the season definitely has an impact. But so does the size and power of the players.”

Does Gatland have any immediate solutions? “There is an argument you could go back to the old situation where it was only injury replacements. Then players would have to last 80 minutes and maybe that reduces the impact. The parallels between rugby and American football are obvious – but 70 years apart. We’re now facing concussion and there is talk about padding coming in, and replacements. The money, the athletes and the problems are getting bigger.”

Does Gatland believe his achievements in northern hemisphere rugby are belittled in New Zealand? “Probably. But you’ve got to be very careful because Kiwis don’t respond well to criticism. So I’d say that, technically, there’s some excellent coaching in the northern hemisphere. There has to be because you don’t get the finished article in the northern hemisphere. In New Zealand, when you get to the top you’ll have a No9 who passes off both ends and kicks off both feet. He communicates, he’s quick and intelligent. So you focus on tactical strategies. Over here we’re still concentrating very much on technical aspects.”

It sounds as if the door is still open to Gatland leading the Lions against South Africa in 2021? “I think it always is. I said ‘I’m done’ but a cynical part of me was thinking: ‘All right, let someone else do it and see how hard it is. When it fails people might actually say what we did in 2017 and 2013 was pretty special.’”