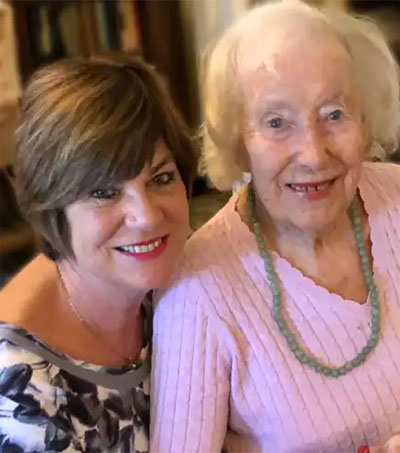 Palmerston North singer Vicki Lee, 64, is touring Sussex, England in February with her tribute to the life and music of centenarian Dame Vera Lynn, known as the ‘Forces’ Sweetheart’.

The show began life in 2015 says Lee, 100 years after the start of the Gallipoli Campaign.

“In New Zealand we’ve got a famous opera singer called Dame Malvina Major who is a friend of Dame Vera’s and she was asked to sing in Anzac Cove for that commemoration. She decided she would like to sing Dame Vera Lynn’s songs so she phoned her to ask her permission and Dame Vera said she was thrilled to know that the songs were being kept alive,” Lee says.

Inspired by the event, Lee decided to do something herself. “I did a concert at the Globe Theatre in Palmerston North on the Anzac weekend and it just took off from there,” she says.

“We talked about her legacy and we talked about how I try to utilise her legacy to connect with some of the elderly people in New Zealand. Not necessarily veterans but people who remember her music and remember what it did for them at that really dark time during the war, and how her music just triggers those memories and brings something special into the room,” Lee says.