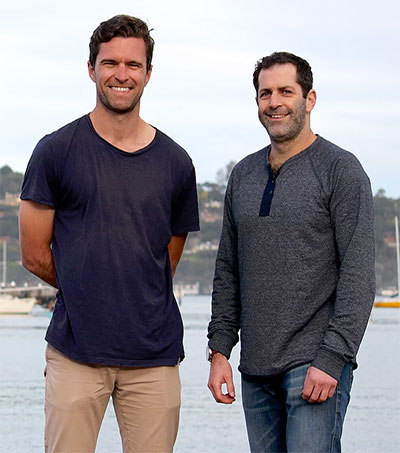 US Brands Head to NZ for All-Wool Footwear

As demand for all-wool shoes grows, a number of US footwear brands are heading directly to the source: the sheep pastures of New Zealand. San Francisco-based Allbirds, established by former New Zealand soccer player Tim Brown (pictured left) and renewable materials expert Joey Zwillinger, is redesigning the sneaker: a fine merino wool upper and base made from castor bean oil, a natural substitute for plastic and rubber.

Having seen his fair share of branded sneakers as a professional athlete, Brown wanted to eliminate the logos, produce a minimalistic design but still have a high-performance shoe. As a New Zealander, wool seemed like an ideal option given the surplus of material around him. So he applied for a grant from the New Zealand wool industry to determine what kind of wool would be best for a sneaker.

Allbirds raised $119,000 in a Kickstarter campaign, and later raised more than $2m in venture capital funding. In March, the brand launched its washing machine-friendly wool sneaker via an online store. The shoe sold out in two months.

Today, the company works with a mill in northern Italy, which turns the New Zealand wool into fabric. The shoes are then assembled in South Korea.

Co-owner and director of Glerups, Allan Timm says the company has grown by 20-25 per cent over the last few years. This increasing demand is what led him to look for an easier-to-procure wool. He bought a plane ticket and spent a few weeks travelling around New Zealand, speaking to wool farmers. “I was surprised to meet farmers who had been raising sheep for over 20 years but never got to see where the wool landed up,” Timm says.

Both Glerups and Allbirds now work in conjunction with a part commercial, part co-operative group called The New Zealand Merino Company, which connects international brands to wool farmers across New Zealand and helps establish contracts between farmers and brands to ensure a consistent supply of wool.

Brown, says he’s happy to see a resurgence in the country’s wool industry. That said, the increased demand in wool footwear is unlikely to create a supply problem. Wool costs more – which is why big footwear manufacturers stick to synthetic materials. “I don’t see us running out of wool any time soon,” he says.