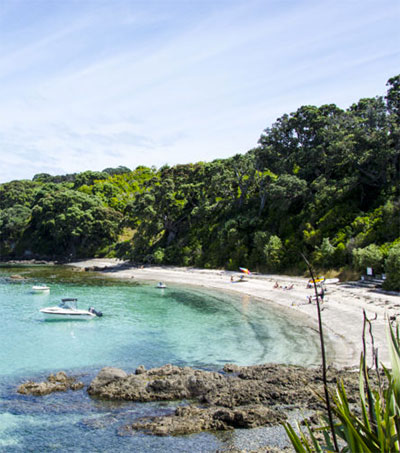 Tiritiri Matangi – a 75-minute ferry ride from downtown Auckland – is one of several offshore islands that New Zealand has turned into sanctuaries for its native birds. The Independent’s David Whitley visits Tiritiri sanctuary, the only one to allow tourists.

“Essentially, seeing what’s being done here gives a window into the heroic work being done elsewhere to stop these birds fluttering off into extinction,” Whitley writes.

“But it’s not just about the birds, as becomes clear on the guided walk from the ferry wharf up to New Zealand’s oldest working lighthouse. For the volunteers who lead the walks, this is the easy job. They get to walk through the forests, pointing out the flax plants used for weaving and the red-flowering pohutukawa.

“But those forests didn’t exist 30 years ago. Old photos by the wharf show how bare Tiritiri Matangi once was in its former incarnation as a farm. Once it became clear that the island wasn’t going to regenerate on its own accord, a large-scale planting programme was embarked upon. Between 1984 and 1994, 283,000 trees were planted.

“The results are extraordinary. The birdsong in the forest is a near constant. Tiny riflemen shoot through, as noisy green bellbirds and bright blue kokako drop into feeding stations. Somewhere in there are the little spotted kiwi, but New Zealand’s totemic animal is unlikely to stir until dusk.”