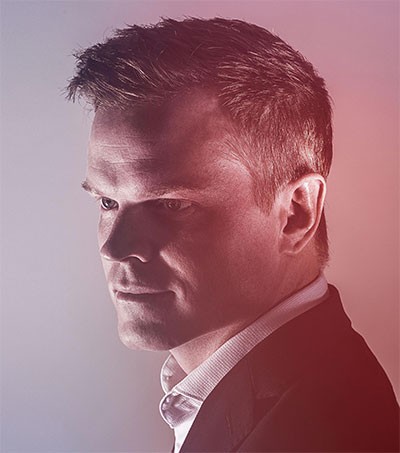 A few years into trying to build a toy business in China, budding entrepreneur Mowbray got a lucky break – a whiff of interest from Walmart, Harrison writes.

The US retail giant wanted to visit Zuru’s showroom in Hong Kong. Mowbray quickly agreed, and promised to send the address. Now all he had to do was set-up a showroom.

“The next day I’m on a train to Hong, knocking on doors,” Mowbray says.

It’s a story that captures the early days of Zuru – a company he founded with his brother Mat in 2003 – hustling and figuring it out as they went along.

Today the pair, along with their sister Anna, preside over a global firm that employs 5000 people, and expects annual sales of £356m this year. The success has made the family one of the wealthiest in New Zealand.

It all began back in the brothers’ school days. Mat created a hot air balloon kit – made from a coke can and a plastic bag – which they sold door-to-door. The teenagers became more serious about the venture and got a tiny factory going on their parents’ dairy farm in rural North Island.

“As payment we had to milk the cows and spray some weeds,” Nick says.

At the time, Nick was studying law at university and helping out on the side. Mat had pulled out of college to focus on toys full-time. Things rumbled along until one day the brothers made a snap decision. Why not try their luck in China?

So at 18, Nick also dropped out of university and shortly after boarded a plane to Hong Kong with then 22-year-old Mat. They had “made some contacts on the internet” but were otherwise vastly ill-equipped – unable to speak the language and short on business savvy.

“We were so naïve, we had no idea what we were doing,” Nick says.

With a $20,000 loan from their parents, they bought an injection moulding machine, and set up a small factory in Guangzhou, China. Zuru was up and running.

Nowadays, the firm’s products are sold in 120 countries. Zuru doesn’t release profit figures, but Mowbray claims it is “one of the most profitable toy companies in the world”.

Mowbray now mostly lives in Auckland, and also spends time at the $32.5m rural retreat he bought with his siblings in 2017. Just north of Auckland, the sweeping property was once the home of internet entrepreneur Kim Dotcom.

The family ranks among New Zealand’s richest, with a net worth of $3bn, according to the country’s National Business Review.

It’s energised Mowbray to start new projects. He launched Zuru Edge, a venture focusing on consumer products such as nappies, pet food and hair care. They’re sold in markets around the world, with plenty more products in the pipeline.