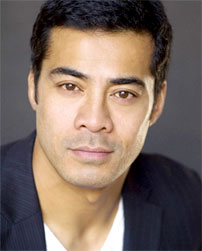 Ahead of the “highly anticipated” sequel to Sione’s Wedding, actor Robbie Magasiva, 40, is in Sydney for a Q & A at the Liverpool Event Cinemas to promote Sione’s 2: Unfinished Business. The latest instalment is a comedy about four best friends — Michael, Albert, Stanley and Sefa. Five years ago, when the first film was set, they were men dealing with their 30s and hanging on to memories of their former breakdancing crew days. Fast-forward five years and things have not gone as the boys might have planned and, faced with an unexpected tragedy, they are reunited. “It took us all about three weeks to click back into it but once it came we got it, the boys would smile and get up to mischief,” Magasiva said. Magasiva plays Dr Maxwell Avia on Shortland Street.