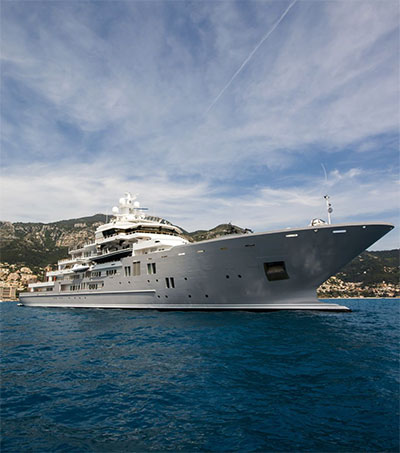 Ulysses One of the Year’s Largest Yachts

The Graeme Hart-commissioned 107m megayacht Ulysses was one of the six largest yachts delivered in 2016, according to Business Insider.

Built by Norwegian commercial shipyard Kleven as their first yacht, Ulysses has been referred to in the industry as the ultimate explorer.

According to superyacht database Yacht Harbour, Hart had placed the order for Ulysses back in 2013, with designers at the time saying that he had chosen Kleven due to its quality standards, delivery times and price point. Later in November 2014, Hart placed the order for the 116m.

“I am very pleased with the quality of the work that has been done by Kleven, and how our organisations have worked together to bring this exciting project to life,” Hart said in November 2014.

Boat International describes Ulysses: “Making use of its ample size and huge 18m beam, Ulysses can accommodate 60 guests over seven decks. It has interiors by H2 Yacht Design and amenities include a helicopter landing pad, helicopter garage and a swimming pool.”