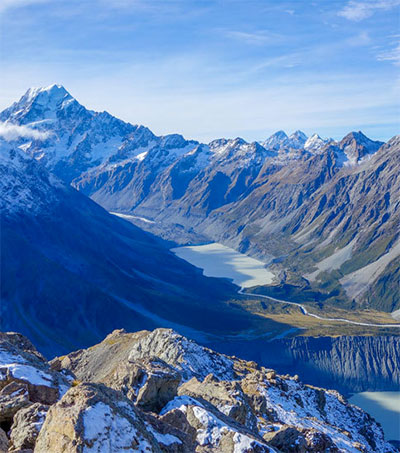 Twenty-Six Reasons NZ is the World’s Best To Visit

Once again, New Zealand has topped the Telegraph Travel awards as the world’s best place to visit; the publication offers up 26 reasons why.

“First and most importantly, it looks amazing. Douglas Adams, the author of Hitchhiker’s Guide to the Galaxy, sums up its appeal best in his book, Last Chance to See.

“‘Fiordland, a vast tract of mountainous terrain that occupies the south-west corner of South Island New Zealand, is one of the most astounding pieces of land anywhere on God’s earth, and one’s first impulse, standing on a cliff top surveying it all, is simply to burst into spontaneous applause. It is magnificent.’”

Other reasons New Zealand is considered the world’s best country include the Milford Track. We’re also home to the haka, the kakapo and magnificent Maori culture; as well, you can see the mighty sperm whale, marine volcanoes and fly over glaciers.