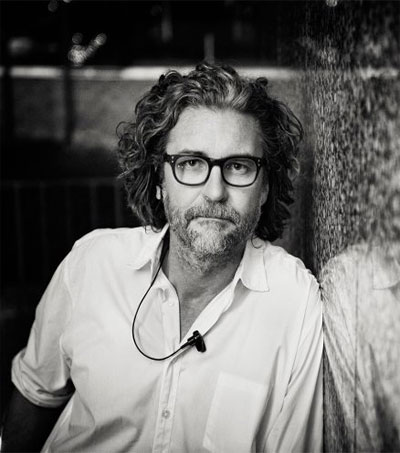 On the True Detective Set With DOP Nigel Bluck

Recently rated by Variety magazine as one of 10 cinematographers to watch, New Zealander Nigel Bluck, 43, has been working as director of photography on the second season of popular American crime show, True Detective.

Speaking to Stuff on the phone from his home in Los Angeles, Bluck says it was a Ewan McGregor film shot in Australia that helped him land the True Detective gig (along with his Christchurch-born wife Jacqueline Fitzgerald, who worked as the second unit director of photography).

“I did a film called Son of a Gun and my agent showed it to Scott Stephens, one of the show’s executive-producers, who liked it, watched it a couple of more time and we started talking,” Bluck said.

But despite all of his experience, it was a huge learning curve for Bluck. “I’d never done television before and I’d never worked with this multi-director format.”

Bluck said he also quickly embraced the faster shooting pace. “We’d do about 40 set ups a day, much more than on a typical feature.”

Bluck told Variety earlier this year: “I feel that my natural curiosities and inclinations toward art, science and storytelling fit best in the [cinematography form of the] filmmaking process.”

His work was singled out by Variety’s Guy Lodge from post-apartheid drama Ladygrey at the Miami International Film Fest in March. “Bluck’s polished, earth-hued lensing is obviously the principal asset of a slick technical passage, capturing the scale of the landscape without overly romanticising its beauty,” Lodge wrote.

Bluck attended the University of Canterbury and later, the Australian Film Television and Radio School.