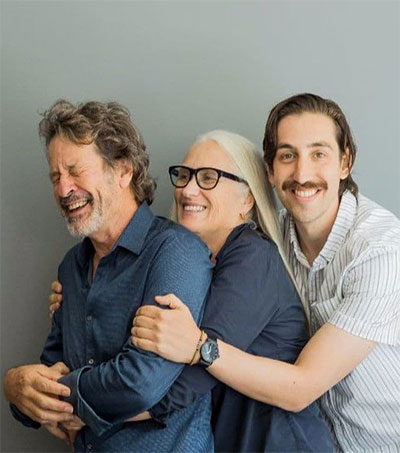 Top of the Lake Creators Get Together for a Laugh

Most would likely agree that the crime-mystery miniseries Top of the Lake: China Girl can be moody to the point of grim. So it’s a little unnerving that a gathering of Campion, Kleiman and Lee to discuss the show is peppered by laughter. And that’s a clue as to the show’s subtle, often missed ingredient: Sly, unexpected humour.

“The tone we came up with in the first season, which was a spontaneous thing, hit a note all over the world,” Lee says. “So there was a temptation to keep that tone of voice, that style of drama going …”

“We feel we have a unique contribution in that we’re both kind of absurdists,” cuts in Campion. “We have a hard time not laughing, but we’re also sensitive and feel for people when they’re in horrible situations.”

“Yeah,” Campion says, and all three laugh loosely. “We’ve spent our whole lives honing our personal qualities to be less offensive in the general community.”

Campion, the series’ engine, is still the only female winner of the Palme d’Or (for directing The Piano) and an Oscar winner (for writing The Piano). For this maker of prestige dramas, the move into genre TV brought a kind of freedom.

“Even in this crime-mystery story, we felt like we were in a place where we could be ourselves,” she says, acknowledging the unfolding mystery could hook viewers while the show took its time to develop characters and story.

Perhaps the best summation of the series’ tone came unintentionally in its Australian Academy of Cinema and Television Arts Awards nomination for Davis’ direction “in a drama or comedy.”