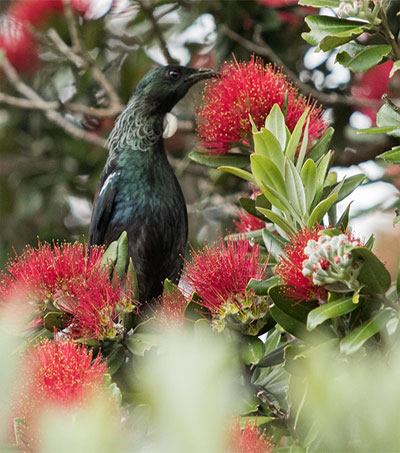 “From the depths of Antarctica to the heart of the Amazon, the earth is teeming with a massive array of passerines, waterfowl, raptors, and other avifauna – and for seasoned birders, there’s no better time than now to begin planning your next feather-filled expedition,” Forbes contributor Jared Ranahan writes. The following destinations, including Tiritiri Matangi in the Hauraki Gulf, “offer a truly memorable experience”.

“New Zealand’s extreme isolation has blessed it with particularly high rates of endemism, and while many native species have suffered due to predation from introduced species, one tiny island has been carefully cultivated to avoid that fate,” Ranahan reports. “Located roughly 30km north east of Auckland, Tiritiri Matangi was subject to intense afforestation efforts followed by the eradication of Polynesian rats, and in the modern era, this lush island is a haven for many of New Zealand’s native birds. During a visit, newcomers can expect to find endemic specimens ranging from the tūī to the North Island kōkako to the little spotted kiwi.”