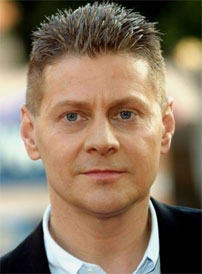 Kapiti-born screenwriter, producer, and director Andrew Niccol’s latest blockbuster In Time, “a fiendishly clever sci-fi concept,” starring Justin Timberlake and Amanda Seyfried, is reviewed in the Cyprus Mail. “The setting’s the thing, a world where time is the main currency. ‘Let me give you 30 minutes, so you can have a decent lunch,’ says our hero’s mother. A cup of coffee costs four minutes. A hooker, surreally, charges an hour for 10 minutes. ‘I don’t have time,’ complains Will (Timberlake). This is great stuff, and genuinely incendiary. Once you convert Euros and cents into hours and minutes, it does seem unfair that some should have so much while others have so little. In Time is a muddled film with a glorious concept. Niccol’s is a specialised talent. His mind is adept at what-if scenarios, not the nuts and bolts of dramatic plotting.” Niccol, 47, wrote and directed Gattaca, S1m0ne and Lord of War. He also wrote and co-produced award-winning film The Truman Show.