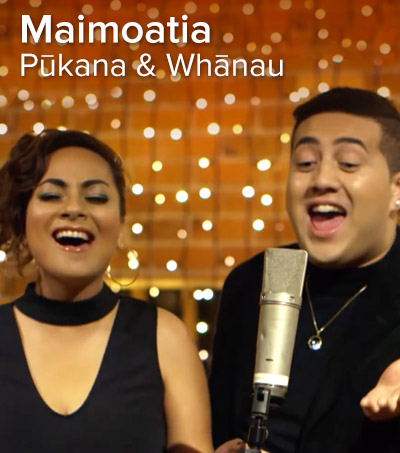 Pop tune Maimoatia, sung entirely in Te reo and released for Maori Language Week, shot straight to the top of the iTunes chart in New Zealand, knocking Justin Timberlake’s Can’t Stop the Feeling from the No 1 position.

Maimoatia – which means Cherish It – features over a dozen little-known Maori singers belting out a gospel-esque tune, entreating New Zealander to adopt their native tongue and talk and sing in Te reo Maori to save it.

According to Statistics New Zealand, only 4 per cent of New Zealanders speak fluent Te reo Maori (about 48,000), and the number of active speakers continues to decline year on year.

“A lot of young Maori don’t speak the language because they are shy and fearful of making mistakes with it,” said Nathaniel Howe, who performs in the song.

“We wanted to empower young New Zealanders to own the language, to feel that it’s our responsibility to keep it alive.”

Producer of the song Marama Gardiner wants the song to go global.

“Our language is how we identify as a people and feel proud of who we are, it’s everything,” said Gardiner, who is a fluent Te reo speaker and whose two children are bilingual in English and Maori.

“I want this song to go global, for people to be singing a great Te reo song all over the world. That would be such a boost of confidence for speakers in New Zealand, that their indigenous language is not dying but adapting.”