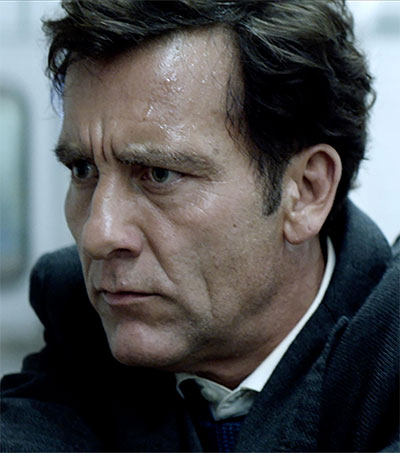 Clive Owen and Amanda Seyfried star in Anon, a “timely Netflix-bound cyberthriller from The Truman Show and In Time creator New Zealander Andrew Niccol”. Stephen Dalton reviews the film for The Hollywood Reporter.

“Owen looks glum and bored for most of Anon, and many movie fans will empathise,” Dalton writes. “Touching on timely themes like online surveillance and shady government data-mining, writer-director Niccol’s latest dystopian sci-noir thriller takes place in a near-future North America where privacy has been erased by technology. The premise is smart, the ingredients classy and the overall look stylish.

“Niccol has built up a respectable catalogue of techno-angst parables, including his darkly glossy feature debut, Gattaca, and his Oscar-nominated screenplay for Peter Weir’s classic reality TV satire The Truman Show.

“In visual terms, Anon is all tastefully cool understatement. The boxy wireframe graphics that dance through the Ether have a slightly lame retro feel, but the reality-bending hallucinations beamed by hackers into [Sal] Freiland’s [Owen] brain to throw him off the scent are well-staged. Typically strong on production design, Niccol fully indulges his love affair with midcentury modernism here, paying direct homage to Gattaca with a handsome array of vintage cars, classic suits and lovingly shot brutalist architecture.”

Niccol, 53, talked to technology news and media site The Verge recently about Anon’s familiar coldness, how his films approach conformity and technology, and how it all relates to Black Mirror.

“It’s not just that I come back to these themes. They keep rushing at me. I find it difficult to ignore,” Niccol told The Verge.

Niccol is the co-writer of Gemini Man, an upcoming American science fiction action thriller film directed by Ang Lee and starring Will Smith.

Anon made its US debut on Netflix on 4 May.

Original article by Stephen Dalton, The Hollywood Reporter, May 3, 2018.