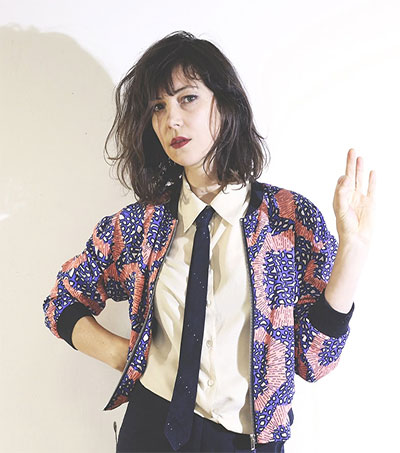 Teeth and Tongue is So It Right Now

Teeth & Tongue, the “cheeky moniker” of New Zealand-born Jess Cornelius, is one of 10 new artists “you need to know”, according to Rolling Stone, who recommend the musician to fans of Blondie, Kate Bush and the Chromatics.

Cornelius is Melbourne-based and specialises in dark, disco-tinged pop.

What started out as the name of Cornelius’ solo album took her on a long, peculiar journey – involving the breakup of a longtime relationship, living like a nomad for the better part of a year and retreating to the Nes Artist Residency in Iceland. The band recently supported Courtney Barnett on her headlining album tour, and they’re set to release the shimmering LP Give Up On Your Health later this fall. It vibrates with arpeggiated synths, drum machines and Cornelius’ wistful croons.

“It’s a little more curious, I think,” Cornelius says of the album. “I got a little sick of writing about myself as well. [So] I’m looking at other kinds of relationships, not just the romantic ones or ones in front of my face all the time.”