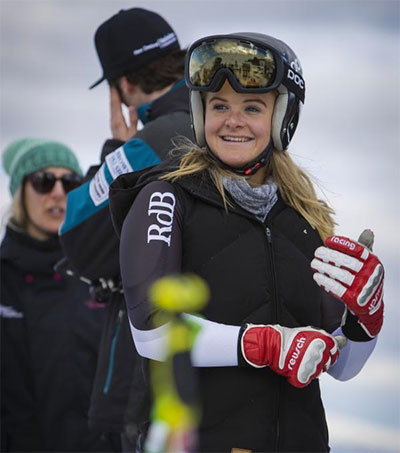 Queenstown ski racer Alice Robinson, 17, is continuing some strong form and has just made a trip to the top of the dais winning a European Cup giant slalom event in Germany, the first New Zealand athlete to do so since Claudia Riegler in 2001 in slalom.

The teenager now holds the world No 1 ranking for under-18 women’s giant slalom and is second in the under-21 age group.

Robinson is preparing to compete at the FIS World Championships in Sweden and then the World Junior Championships (under-21) in Pozza di Fassa, Italy from 18-27 February.

Robinson had a delayed start to her season in order to sit her NCEA level two exams.

She qualified 25th for run two of the World Cup GS in Maribor.

Only the top 30 racers qualify for a second run and Robinson is the first New Zealander to do so in giant slalom. Piera Hudson achieved a top 30 qualifying time in a World Cup slalom at Killington, United States in November 2018.

“She’s had great speed in training all season, but it’s taken some time to transfer that to races,” coach Tim Cafe said.

“I knew I had the capability if it all came together,” Robinson said. “Second run I had a few close calls so thought I had blown it but was happy to find out I had won.”

“I’m really happy. It’s all because of the support of my family and friends.”