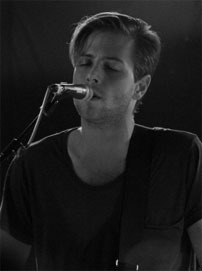 Lead singer of The Naked and Famous, Thom Powers tells The Irish Independent’s Ed Power that he thought the band could pretend they were from some obscure part of Europe. “It must annoy you that most Europeans only know New Zealand for two things: rugby and Lord of the Rings,” reporter Power says. “The Naked and the Famous are a really big deal in New Zealand. And yet you’ve turned your back on that in order to start again in Europe. You must want to be successful rather badly. ‘You can only get so big at home,’ Powers says. ‘At the same time, it’s almost impossible to get out of New Zealand, or even Australia for that matter. We are privileged in that our music has actually crossed oceans.’” The Naked and Famous begin their US tour in August.