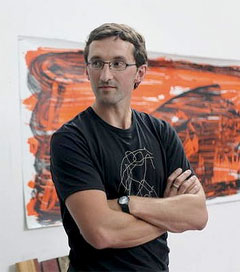 Taking His Own Passions into New Sydney Role

Senior curator at the Christchurch Art Gallery Justin Paton has been named as the new head of international art at the Art Gallery of NSW and will take up the position in January.

Paton has been at the Christchurch Gallery since 2007. Previously he was curator of contemporary art at Dunedin Public Art Gallery. He was also curator of New Zealand’s official presentation, By Bill Culbert, at this year’s Venice Biennale. Paton is best known in his home country for the 2005 book How to Look at a Painting, which inspired a television program he also presented.

Paton says painting matters because it is so different from other forms of visual culture today.

“It’s still rather than moving, quiet rather than loud, and made to be seen by one person at a time rather than designed with millions of consumers in mind,” he says.

“And hungrily, because it’s right to bring our own passions and interests with us to the gallery. Art talks, and we should talk back.”