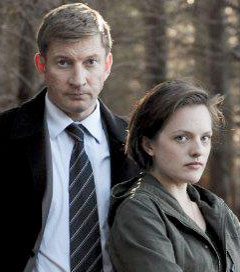 “Early signs suggest [Jane Campion’s television series Top of the Lake] will bend toward something even more mysterious, beautiful, unsettling and satisfying than the mysterious, beautiful, unsettling, satisfying thing it is from the start,” Los Angeles Times television critic Robert Lloyd writes. “Although Campion is working with a co-director, Garth Davis, and a co-writer, Gerard Lee (who collaborated with her on her first feature, Sweetie), Top of the Lake is very much of a piece with her previous work, with its collision of incomplete, strong women and troubling, unruly men, its indomitable landscapes, its concern with states of despair and of ecstasy and what one might call non-gratuitous sex.”