NZEDGE  >  News  >  Innovation  >  How Our Space Industry is Causing Turbulence 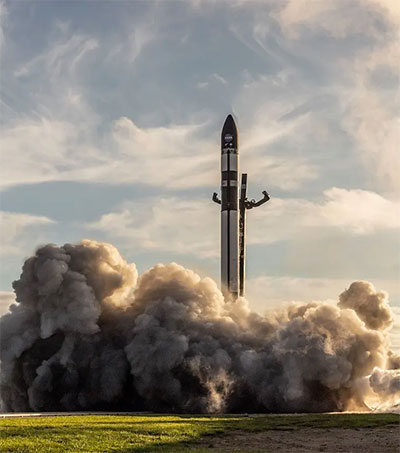 Life on the Mahia Peninsula used to be quiet: surfing beaches, historical monuments, and good snapper fishing, Eleanor Ainge Roy writes for The Guardian. Then space came to town.

Four years ago, Rocket Lab’s Peter Beck was searching for somewhere for his launch pad. He wanted to privatise rocket launches, taking them out of the hands of behemoth governments in Russia, the US and China.

Beck scoured the US – and the world – until eventually turning his gaze back home.

Before Rocket Lab, New Zealand had no space industry to speak of but a night sky famous for its clarity, Roy reports

“We’re able to launch at a frequency rate which is unmatched anywhere in the world,” says Beck of his Launch Complex 1 pad where 10 missions have been launched and expansion plans are afoot.

New Zealand’s remote geographical location gives the country clear skies and seas, low levels of air and shipping traffic, and one of the largest selections of launch angles in the world.

These ideal technical conditions, transparent business environment and a friendly government are creating a buzz in the global space industry.

“Two years ago we had a hard time getting anyone to take us seriously,” says Dr Peter Crabtree, director of the New Zealand Space Agency, launched in 2016, and operating on a budget of just $3m a year.

A recent report by Deloitte found the space industry generated $1.75bn for the New Zealand economy in the 2018-19 financial year, and supported 12,000 jobs.

But there are growing murmurs of disquiet.

Although New Zealand’s space agency has positioned itself as the most “sustainable” and peaceful player in the game, it has also allowed Rocket Lab to launch satellites and carry payloads for the US defence department, including its spy agencies.

Last week Rocket Lab announced its first launch of 2020 would be for the US national reconnaissance office, which operates the government’s intelligence-gathering satellites.

In a statement the company said the payload of the launch – dubbed Birds of a Feather – was “classified” but “NRO data is used to inform decision-making by national policymakers and military and civil users in the US and in US partner nations, including New Zealand”.

The Green party says it is “concerned” about the launch, especially as tensions with Iran rise, and the director of New Zealand’s centre for peace and conflict studies, Prof Kevin Clements, says he is “alarmed” as New Zealand has no real control over what the US intelligence satellite reconnaissance could be used for.

“While these rocket launches are not delivering weapons into space they are playing an absolutely critical role in enhancing the surveillance and intelligence systems for space-based nuclear warfare,” Clements says.