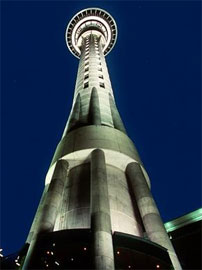 Sky is the Limit

Since December, New Zealand-based SkyCity has been in talks with the South Australian government on the redevelopment and expansion of their Adelaide casino. SkyCity, which also has casinos in Auckland, Hamilton, Queenstown and Darwin, recently reported a 17.4 per cent increase in net profit for the first half of the 2011/12 financial year to a record $78.8 million. SkyCity says it could transform the Adelaide casino into a world-class entertainment facility, featuring a five-star hotel, expanded gaming facilities, restaurants and bars, a spa and a roof-top pool lounge. “While we are excited about the outstanding growth opportunity this transformational project potentially represents for SkyCity,” the company said, “shareholders should be assured that this project will only proceed if we can be confident of achieving an acceptable return on the potential investment.”