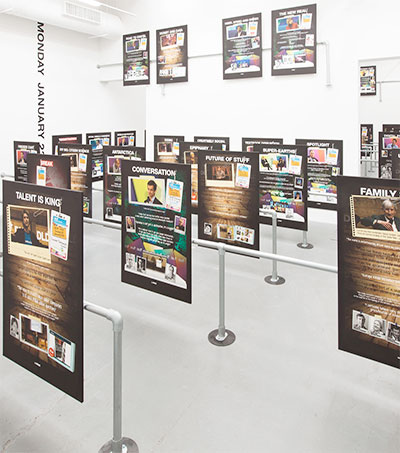 Simon Denny One of the Top Reasons to Get to Venice

Some exhibitors at the 56th Venice Biennale have a shot at changing the art world and New Zealand representative Simon Denny is one of them, according to Bloomberg, which includes the Aucklander in a list of 10 of the Biennale’s most promising pavilions, installations and events.

“Berlin-based Denny is having an art-world moment. His consumer-product driven, hyperslick art and sculpture is currently the subject of a solo exhibition at MoMA PS1 in New York and will make up the content of two installations at the Biennale [titled ‘Secret Power’].

“The first is at Marco Polo airport (which New Zealand claims is a first), and the second will be in the Monumental Rooms in the Biblioteca Nationale Marciana in Piazza San Marco. Both deal with digital information in a ‘post-Snowden world,’ so get ready for a tech-heavy emphasis on surveillance.”

The 56th Venice Biennale takes place from 9 May until 22 November.