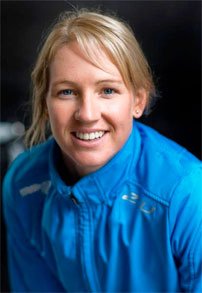 New Zealand cyclist Alison Shanks, 29, is profiled in The Wall Street Journal, which introduces athletes from around the world competing in the 2012 London Olympics. “New Zealand’s world champion individual pursuit rider is heading to London to compete in the team pursuit on the velodrome, 12-laps of sheer grit, determination and speed with two other women in an event that’s over in less than three-and-a-half minutes. Shanks spoke with The Wall Street Journal from Pennsylvania where she and her team are racking up the miles ahead of London. Winning gold ‘is a very realistic goal for us,’ she said.”