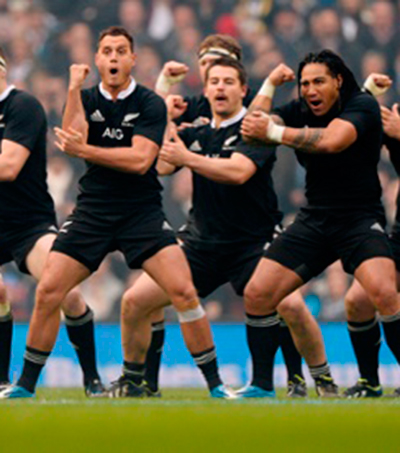 Selling Rugby to the Americans

The iconic Soldier Field, America’s oldest gridiron stadium, is to host the All Blacks in a test against the USA Eagles in November in a game sponsored by AIG. The insurance behemoth’s involvement is likely to ensure the release of key Eagles players, Leicester wing Blaine Scully and star Northhampton forwards Cam Dolan and Samu Manoa.

AIG is also a sponsor of the All Blacks and its head of global sponsorship, Daniel Glantz, told the Guardian’s New York correspondent Martin Pengelly that it was an important game for the company and a chance to present the sport to the critical US market.

The company is working hard to introduce rugby into Chicago schools and the test against the All Blacks will be used as a promotional tool to increase the game’s popularity. The test will be broadcast by NBC.

NZRFU chief executive Steve Tew touched on the marketing element when he told New Zealand media that “it would be very helpful for us to play in the American market”.

USA Rugby chief executive Nigel Melville told Pengelly prior to the announcement at a press conference in Chicago that “this is more than just a game between two teams. It’s an opportunity for us to showcase the world champions in our sport, in our domestic market.”

Whether even the All Blacks can fill the 61,500 stadium, one of the NFL’s smallest, is a moot point but Melville is optimistic.

“We’d love to sell out and I think the sports-mad Chicago community are going to want to go,” he said. “[At the least] we hope to set a record crowd for rugby in North America and we’ll see what comes with that.”

“[This is] is a significant thing for rugby in America. Everyone who knows rugby, or plays it, or is involved with American rugby in any way will be very excited,” Melville continued. “This is a global, incredibly athletic sport played by some tremendous athletes with tremendous skills [and] it’s a complex sport; it’s got everything the American sports fans love.”

Original reporting by Martin Pengelly for the Guardian