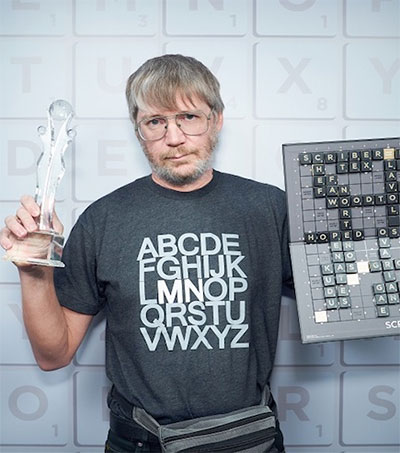 With the Australian Scrabble Championships held over Easter weekend, The Guardian’s Emma Kemp profiled both young and old players competing for the title. When the name of world champion New Zealander Nigel Richards is mentioned, Australian David Eldar, world No 2, is “literally lost for words”, Kemp writes for the newspaper.

Eldar bumbles through an incoherent sentence of “I’ve never seen, like, yeah” and “I mean, like, there’s, there’s no, there’s no, like, real words”, Kemp reports.

Richards, 54, is the great enigma, and has been described as “the Tiger Woods of Scrabble”, a frugally living recluse and an obsessive cyclist who chews through 600km a week.

Richards did not play Scrabble until he was 28, after his mother became frustrated that his photographic memory was rendering their card games a foregone conclusion. To wit, he won the 2015 francophone world Scrabble championships despite not speaking a word of French, having memorised the entire French Scrabble dictionary in nine weeks. He needed a translator to thank the audience.