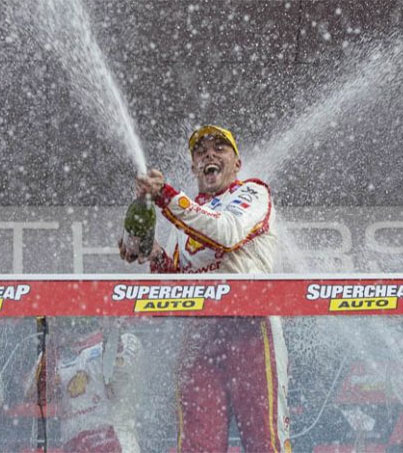 Supercars series leader Christchurch-born Scott McLaughlin, 26, claimed a maiden Bathurst 1000 title at Mount Panorama after a dramatic finish, the Australian Associated Press reports in a story published on The Guardian’s news site. Ford’s McLaughlin held out Holden star Shane van Gisbergen by 0.68 of a second, with veteran James Courtney third after the six-and-a-half hour marathon came down to a final-lap sprint.

Just one of the 161 laps remained by the time the race restarted after the eighth and final safety car left the track, setting up a nail-biting finish. But McLaughlin held out hard-charging fellow New Zealander van Gisbergen, denying the Holden star his first Bathurst win. In the process McLaughlin extended his series lead to 622 points, the AAP reports.

“I can’t believe I won the bloody Bathurst 1000,” said an emotional McLaughlin, who had Frenchman Alexandre Prémat as his co-driver. “I have dreamt about this. I put so much pressure on myself to make this a good one but I am so proud of this team.” It was the first Bathurst victory by McLaughlin’s DJR team since 1994.

McLaughlin achieved his first Supercars race win during his first full time season with Garry Rogers Motorsport in 2013, at Pukekohe Park Raceway. He is the youngest person to ever win in a Supercar.

A total of 201,975 people flocked to Mount Panorama over the four days.