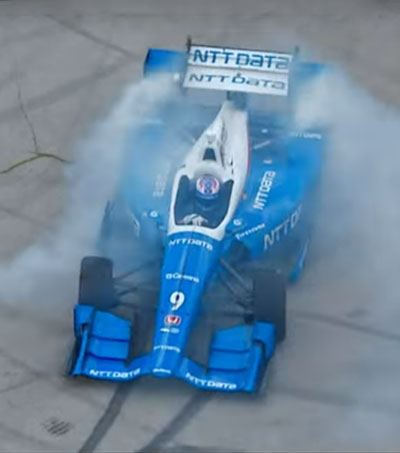 Set against Scott Dixon’s “2017 IndyCar season with snippets and key moments from nearly every race”, Born Racer “begins with the Indy 500, where Dixon crashed in horrifying style. What follows are the challenges and triumphs on his way to another points title. Joseph Ball reports for Indianapolis Monthly.

“When not using in-car camera footage and bits from televised broadcasts, the movie crew beautifully filmed segments from various races. With intimate interviews from his racing crew, teammates, friends, and family, Born Racer also incorporates home-movie footage where viewers see the New Zealand–born driver racing as a child with skill and precision way beyond his age.”

“What Born Racer does so well is to take the audience inside the loud, chaotic moments of an IndyCar race,” writes Ball. “Rather than focusing on what Dixon does better than most in the sport, fuel strategy and precision performance, the film instead emphasizes the lap-by-lap, second-by-second decisions of his team of engineers, tire specialists, and pit crew.”

While “Dixon is the central character in the film about a male-dominated sport” “the movie truly radiates when the women on team Dixon are the focus, most notably Emma Davies-Dixon, Scott’s wife, and assistant team engineer, Kate Gundlach.”

“The film is directed by Bryn Evans and produced by New Zealander Matthew Metcalfe, who recently scored with another racing documentary about the life of his fellow countryman, racer Bruce McClaren,” reports Ball.