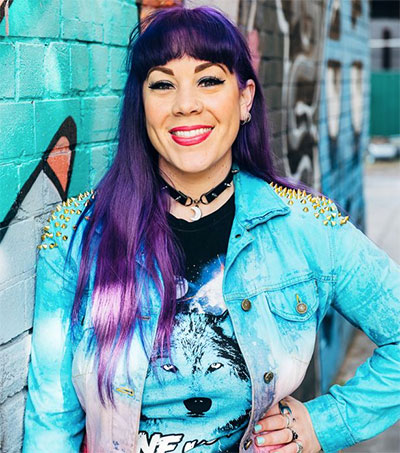 When New Zealand-born TV host Maria Lewis was penning her debut urban fantasy novel, Who’s Afraid? from her desk in Sydney, she surprised many by setting the story 11,000 miles away in Dundee, Scotland’s Daily Record reports.

But the writer admits she didn’t hesitate to work around a Scots setting because she wanted something different and magical for her intriguing werewolf tale – and Scotland was the perfect place.

Lewis’ book Who’s Afraid?, is centred around the main character Tommi Grayson, a 22-­year-old Scots woman who, following the tragic death of her mother, discovers she is a werewolf.

Lewis, a presenter on Australian prime­time current affairs TV show The Feed, said: “In genre books, stories are set in one of three places – LA, New York or London. I wanted to take the readers somewhere they hadn’t been before.”

With Who’s Afraid? now out in the UK, Lewis is turning her attention to the fourth book in the series. Book two will be out in January 2017 and the third part is with her publishers.

Lewis is originally from Arrowtown.