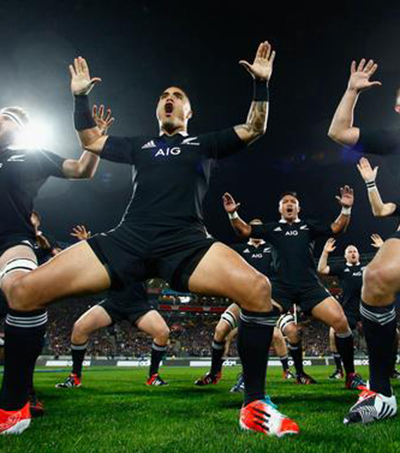 Rugby’s Rising US Popularity Helped by All Blacks

The match between the All Blacks and USA Eagles marked the largest-ever audience for an international rugby contest on American soil; signaling the sport’s growing U.S. popularity.

The competition on the home field of the National Football League’s Chicago Bears follows record U.S. television viewership of the soccer World Cup, and comes as domestic-abuse cases and head-injury litigation hammer the reputation of American football.

Rugby, which will join the Olympics in Rio de Janeiro in 2016, has been the fastest-growing U.S. team sport in the last five years, according to the Sports and Fitness Industry Association.

TV ratings are also climbing; the average viewership for two USA Rugby telecasts on NBC this year rose 14 percent compared with 2013, according to the network.

NBC started producing matches in 2009, when Olympics officials announced that it would be part of the Summer Games, said Jon Miller, president of programming at NBC Sports and NBC Sports Network.

“We’re bullish on the sport,” Miller said in an interview. Rugby “is huge around the world, but is late coming to this country. And we’re happy to be part of its growth.”

In 1981, U.S. rugby officials were so desperate for international matches that they hosted a tour by the South African team when many countries spurned the Springboks to protest apartheid.

The game in Chicago marks how far rugby has come in the U.S., and may be a distraction for Chicagoans who haven’t seen the Bears win a home game since December.

Rugby will be added to the Olympics program for the 2016 games in Rio, featuring seven players on each side, a shorter, higher-scoring form than the 15-a-side game being played at Soldier Field. Rugby was last in the Olympics in 1924 as a 15-man game, with the US winning that tournament.

Rugby rosters are growing. In the five years through 2013, average annual U.S. participation increased 14 percent, according to a May report by the Silver Spring, Maryland-based Sports and Fitness Industry Association, a trade group whose members include Nike and the NFL.

It was the biggest growth rate among team sports for players ages 6 and up, according to a survey in January and February.

The base of about 1.2 million participants, however, is much smaller than other team sports, said Keith Storey, the Jupiter, Florida-based vice president of Sports Marketing Surveys USA, which does research for the association.

Even after tackle football’s average annual participation fell 4.6 percent in that period, it still had five times more players than rugby.

But rugby is catching up partly because the sport, which uses no hard helmets or other protective equipment, is more economical and safer than football, said Tom Feury, who started youth programs in New Jersey in 1999 with about 25 children. Today, the program has about 2,000.

Fewer concussions occur in rugby, said Robert Cantu, a researcher of brain injuries at the Boston University School of Medicine.

“Without pads and without helmets, players are taught to tackle with their arms and shoulders, and keep their head out of the tackle,” Cantu said.

Feury, 54, who started playing as an undergraduate at Rutgers University, attended the Chicago match with about 40 people from Morris Rugby, his club in New Jersey about 45 miles west of Manhattan.

“To have it on our own soil and to have a sell-out stadium, that’s a big deal,” said Feury, who has been to six Rugby World Cup matches overseas.

“It’s got to be good for the economy with all the hotel rooms, dinners out, Second City shows. It’s good for rugby, but it’s probably great for Chicago.”

U.S. players expressed excitement about how the exposure will advance the sport in America, regardless of the winner.

“It’s going to be very difficult,” Hayden Smith, a lock for the USA Eagles said before the match. “And really it’s just going to be a great day for USA Rugby.”