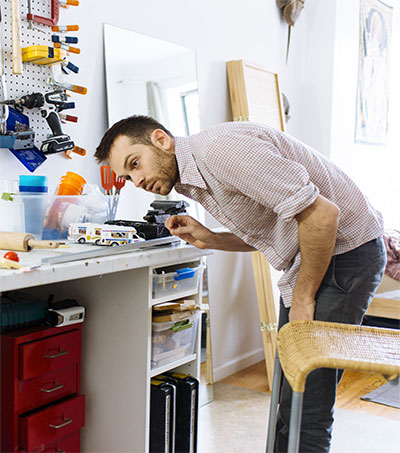 New Zealander Joseph Herscher’s foolproof way to roast turkey involves an axe, a back massager, various magnets, catapults, and a small dog. His Rube Goldberg machines to facilitate power napping and to remove milk moustaches are similarly elaborate. And that extreme complexity is really the point, the New York-based kinetic artist and YouTube personality says.

“A Rube Goldberg machine does a simple task in an overly complicated way,” says Herscher, a former Aucklander who has been building these machines since he was five. Goldberg was an American cartoonist famous for his drawings of these convoluted devices in the first half of last century.

“A ball rolls, then it hits over some dominos, and it’ll knock over a vase, and usually they do something very important in the end,” Herscher tells news website Quartz.

“Important” is often a simple task, like turning the page of a newspaper or decorating a Christmas tree in ten seconds using a power drill and bicycle wheel.

Herscher’s latest machine aims to plate a slice of cake (with a cherry on top) right after he takes the last bite of his dinner.

“It’s one of the most complicated machines I’ve ever made. It’s got a baby in it. It’s got a chandelier. It’s got 16 potted plants and a slice of cake.”

Herscher’s YouTube videos have been viewed by over 30 million people.