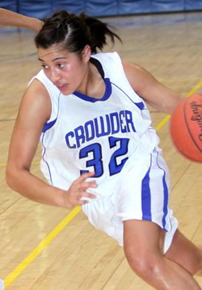 New Zealand basketball player Jordan Hunter, who is currently a sophomore at Missouri’s Crowder College playing at point guard for the Crowder Lady Roughriders, has received and accepted an invitation to play for her country’s national team. She could potentially be playing in the 212 London Olympics for New Zealand. “I am very excited for her,” Crowder basketball coach Tina Robbins said. “We are sending her off with our blessing to represent her country and Crowder as well,” Robbins said. Last season, Hunter averaged more than seven points, seven assists and six rebounds per game for the Lady Riders. She earned second team all-region honours at season’s end.