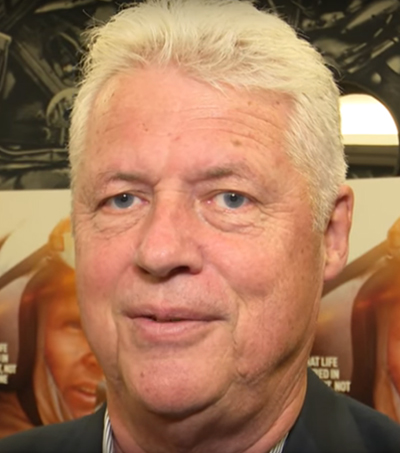 “Cocktail, No Way Out, The Bounty, Species, The World’s Fastest Indian, Dante’s Peak – director Roger Donaldson’s resume is brimming with crowd-pleasing Hollywood movies, some of them seminal,” writes Simon Thompson in an article for Forbes. Thompson caught up with the film maker to discuss Sleeping Dogs’ seismic influence as well as the ongoing impact of his 1998 pop culture phenomenon Cocktail.

“Sleeping Dogs had a considerable effect on the New Zealand film industry.” When asked if he ever considered the massive ripple effect it would have Donaldson replied:

“I didn’t and I have to confess that I was pretty ambitious at the time. I really did believe we could make some feature films in New Zealand and we weren’t. I’d been involved in making a series of half hour short films, dramatic films, with my friends which sold internationally to something like 52 countries. I was sort of fired up with optimism but didn’t really fully understand how much effort it was going to take.”

Donaldson said his career was “hard work”, but “incredibly rewarding”. “There’s a certain satisfaction that you get from making movies that have an impact in some way.”

“I remember that when I got the script for Cocktail it was actually quite a dark story about a young man trying to make his way in the world. One of the biggest things that I brought to the project was that I thought these bartenders should have some skills that you haven’t seen before,” said Donaldson.

“That really had a big effect on the way the movie played out because it was something I could put music to and make the story more entertaining for the audience.”

When asked if there was anything Donaldson hasn’t done or someone he hasn’t worked with yet, but would like to, he said:

“I’ve never worked with Robert De Niro whose work I think is fantastic. The same goes for Jack Nicholson.”

Born in Australia, Roger Donaldson moved to New Zealand when he was 19. He started making commercials in New Zealand before moving on to documentaries including Offerings to the God of Speed about Invercargill speed racing legend Burt Munro. His first feature was an adaptation of CK Stead novel Smith’s Dream, Sleeping Dogs (1977).