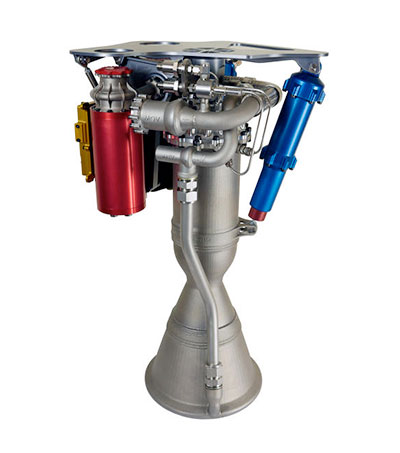 A New Zealand rocket company, founded by inventor Peter Beck in 2007, says it has found a way to drastically cut the cost of satellite launches, by 3D printing rocket components.

The Rocket Lab’s new Rutherford engine, formally announced on 14 April at Colorado’s 31st Space Symposium, is built out of carbon-based materials instead of metals, and will allow satellites to be launched for US$5 million a pop – less than 1/40th the price of the average rocket launch.

Beck, Rocket Lab’s CEO, told Fast Company that the Rutherford engines are made from titanium and super alloys using additive manufacturing (better known to the rest of us as 3D printing) over the course of three days. He added that a conventional rocket engine takes a month to manufacture, and that his company’s goal is to eventually launch one satellite into orbit each week.

Admittedly, New Zealand is an odd place for a space firm to be located. But although Rocket Lab is now based in the United States, Beck says his native country is perfect for rocket launches.

“We’re trying to achieve a very high flight rate at an affordable price. As a small island nation in the Pacific, there’s nothing around us. We can achieve a wide variety of things and not impact commercial aircraft or shipping – things that in the US are much harder. We’re serious about this once-a-week launch rate,” he said.

According to Rocket Lab’s website, the company, having partnered with Silicon Valley’s Khosla Ventures, is on schedule for an expected launch this year, and has secured commitments for its first 30 launches.