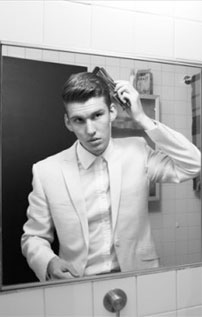 Wellington-born singer Willy Moon “is quickly establishing himself as one of today’s more fascinating and engaging pop stars,” according to music, style and culture magazine DIY. “Ever since he burst on to our collective radar last year, DIY has been enamoured with his sense of style, flair and, to be quite honest, his raw talent. With every offering we have heard thus far from Moon, 23, being dynamic and well-crafted, what is it that we can expect from a full-length? ‘I think any debut album is you introducing a character or an artist to the world. You want to be able to present them in as fresh and exciting a way as possible.’” Moon’s new single ‘Yeah Yeah’ is out now via LuvLuvLuv Records. His debut album is due later this year. Moon is based in London.