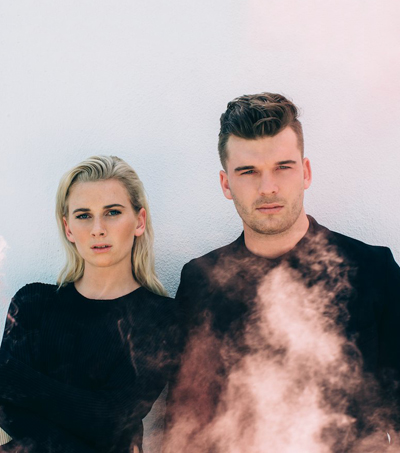 New Zealand duo Georgia and Caleb Nott, known as Broods, are back with “a more defiant record Conscious”, which is “concise, somewhat introverted and, thematically, very closely interlinked,” writes Alim Kheraj in an article for DIY Magazine.

The duo’s “exhaustive schedule offers up the impression that Broods haven’t had a chance to sit down and soak it all in, let alone record a follow up album.”

“We are working our arses off to keep momentum up so we can keep doing this because if we stop then we’ll probably have to stop forever,” said Georgia.

This defiance and assertiveness shows in their upcoming second album, ‘Conscious’, as reported in the article.

“The solitary and introspective element of their debut, while still present, is relegated, replaced with industrially forceful production, aggressive choruses and a dynamic soundscape.”

“I think we’ve become more determined. We know how we want to do it and we don’t want to be walked over. That’s just translated over the music. I think the fact that we’ve really decided to know who we are as people has made us know who we are as musicians more,” said Georgia.

Their new album ‘Conscious’ “was executive produced by Joel Little” and “sees the band collaborate with the likes of Captain Cuts, the writers behind Walk The Moon’s summer smash ‘Shut Up And Dance’, rising songwriter and Troye Sivan collaborator, Alex Hope, and big-haired pop sensation, Lorde,” as reported in the article.

In the interview with DIY Magazine the duo also highlights the honesty in their music.

“We wanted to make something, a song and an album, that had some essence to it, that was addressing things that aren’t addressed in pop music that much,” said Georgia.

“I really like the connection that gets made when people listen to the music when it’s personal. That’s the most rewarding thing when someone tells you exactly where they’re coming from. It’s probably the biggest satisfaction you can get as an artist as I understand it.”