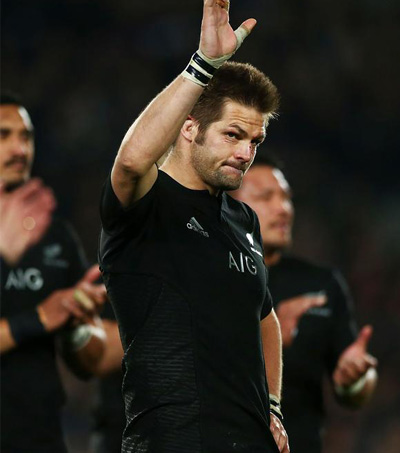 Richie McCaw, “arguably the greatest All Black of all time”, has been named the most powerful person in the “50 Most Powerful People in Rugby Union” ranking by The Daily Telegraph.

“The flanker’s relentless work-rate, courage and skill make him an absolutely critical cog in the All Black machine going into the 2015 tournament”, reports English publication.

McCaw is known for his captaincy and leadership style, which reflects in “remarkable win ratio of over 90% during the 105 games he has captained the All Blacks”.

The New Zealand All Blacks will “attempt to make World Cup history by becoming the first team to retain the Webb Ellis trophy” in the upcoming Rugby World Cup.

The Top 10 of the power ranking are…